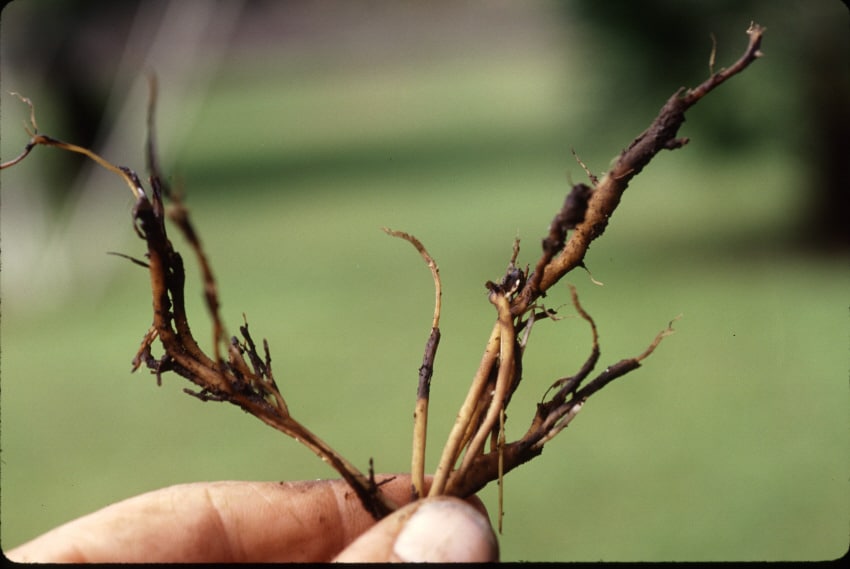 What is root rot?

Root rot is a disease that attacks the roots of plants. This disease is caused by fungus especially the phytophthora. Other fungus that may cause root rot include Ganoderma armillaria, Fomes and Inonotus. Root rot has adverse effects not only n garden plants but also in trees. There are multiple species with the genus Phytophthora. These fungi occur naturally in almost all places n the world n areas of poor drainage and in anaerobic soils.

In garden plants, root rot often causes death of the plant and is difficult to treat. However, there exists some preventive measures or others to mitigate the situation before it gets completely out of hand. These include:

Root rot can spread in any one of two methods. The fungus can spread airborne through dispersal by spores or through the growth of mycelium between neighboring trees, across grafts and contact of roots. A planter can transfer the fungus from one place to another while transferring diseased plants.

Spreading can also be achieved through splashing rainwater, runoff water or even during irrigation. The fungus Phytophthora can persist in soils for many years as long as the sols are poorly drained and have poor oxygen levels.

Late fall and early spring, when the weather s cool and wet, is the most conducive period for spread of root rot. When sols remain saturated for between 6 – 8 hours, conducive condom are created for the fungus.

Root rot basically inhibits the process of absorption of water and nutrients from the soil. Therefore, the tree often exhibits characteristics smear to those of malnourishment from lack of enough water and nutrients. Close observation of the tree, in particular, is extremely necessary. Symptoms are most likely to manifest during stress periods when the rainfall is low.

Symptoms range from poor growth, loss of normal color of leaves (discoloration to brown or yellow) and wilting. For several inches above the soil line at the base of the tree, there’s discoloring of the wood too dark brown and the loosening and eventual separation of the dead lower bark.

In severe cases the shoots and foliage dieback and eventually the entire trees des. Uprooting a tree with root rot reveals roots that are weak, soft and brown as opposed to firm and white roots in healthy plants.

The most efficient method of controlling root rot is prevention. Some of the prevention strategies include:

Improving soil drainage: Before planting, improvement on the soil structure should be made. addition of organic matter helps in improving drainage. Water should never be allowed to flood at the base of the tree. Heavy compaction of soils should also be avoided during planting to improve the aeration.

Using raised beds for planting: Where drainage cannot be improved for various reasons raised beds that allow plant roots to sit above the sol should be used. This discourages pools of water from forming around the trees. Plant on molds and never at a depth lower than the one trees had at the nursery.

Planting less susceptible varieties: A planter should consider varieties that have been shown to be more resistant to root rot. Such trees include the American Arborvitae and white cedar.

Other measures include removal of piled up soils to expose the root flare. Fungal infections are more likely to occur in such sols especially when damp. The farmer should also plant trees separately according to their various irrigation needs to avoid overwatering some.

There are biological agents and chemical fungicides that are labeled as treatment for root rot. These chemicals should however never be used unless the specific fungal infection has been established. Local agricultural extension officers should be contacted to help in diagnosis. The extension officer can then recommend the right funded to use.

Caution should be exercised in the handling of fungicides due to their toxic nature. The instructions on the labels should be followed strictly. The chemicals should always be stored in their original containers away from reach of children.