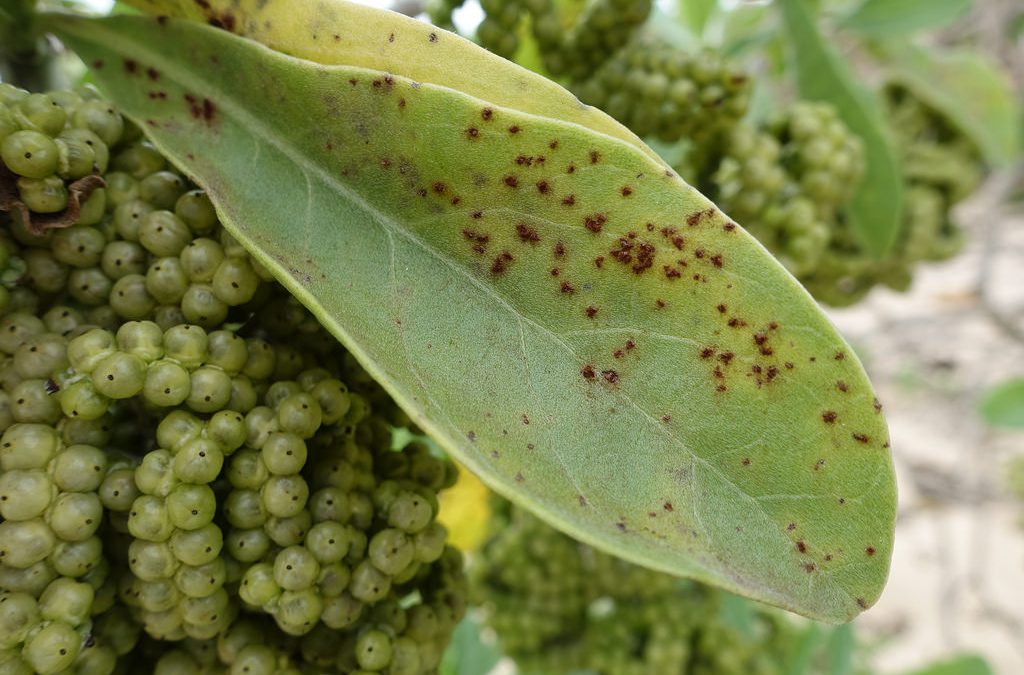 How Do I Get Rid Of Tree Insects Or Pests?

Through direct or indirect invasion insects and pests can cause considerable damage. Alongside the application of pesticides, pest control has evolved to include other options. Collectively these methods are referred to as Integrated Pest Management (IPM). This is a complex strategy that involves comprehension of how pests interact with their host, with the general climatic conditions, plant health, and nutrition and with each other.

The pest management method should be compatible with other tree management strategies. Not all the insects present in a landscape cause economic or physical damage. Pesticides should not be applied indiscriminately just by sight of a few insects. Other climatic and cultural factors that may reduce the pest numbers should first be considered.

The most popular pests and insects that attack trees include; aphids, mealy bugs, elm leaf beetle, bronze birch borer, leaf miner, spider mites and many other insects. These insects severely reduce the ably of trees to fight other biotic or environmental conditions like drought and heat.

Categories of insects and their control.

Boring Insects:  These include elm bar beetle, Asian longhorned beetle, dogwood borer amongst others. The tunnel deep into the stems cutting off waster conducting tissues. If left untreated for a long time they can cause the death of the tree.

Control of these insects can be achieved by pruning, watering, fertilization, and mulching. The goal is to keep the tree as healthy as possible. Dead wood should be removed from the field.

There a number of chemicals and sprays that can be used for the treatment of affected trees. These include the multi insect killer tree injection kit. This is injected directly to the tree’s trunk. The soil can also be drenched with insecticide once a year. This is applied in the fall or early spring and can help fight the borers throughout the growing season.

Chewing insects:   Examples include tent caterpillars, leafminers, gypsy moth, cankerworm, Japanese beetle among others. These insects are broadly categories as defoliator. The migrate to leaves and fruits and cause damage by chewing.

Insecticides can generally be used to kill the insects. Physical barriers can also be used for controlling movement up and down a tree and hence interfering with their lifecycle. Healthier trees are more likely to withstand pest attacks. Maintaining trees in good health and vitality helps with the immunity of the trees.

There are a number of effective sprays and chemicals that can be used for treatment. These include bug buster and safer’s trounce yard and garden insecticide. However, these should probably be recommended by an arborist.

Sucking insects:  These include aphids, trips, spider mites and scale insects. They can literally suck the life out of a tree. Most of these are relatively immobile. They form a hard-protective coating on the plant parts they derive juices from. In return, they produce a sticky substance known as honeydew.

Various insecticides such as aphid chaser, bug buster, and insecticidal soap can repel these insects away.

Spraying: Sung recommended pesticides and insecticides in a spray helps to cure and prevent invasion. The particular chemical to use should be recommended by an extension officer. Proper precautions should be exercised while handling farm chemicals.

Injection: injections are the best option for controlling insects that live deep within the cambium layers of a tree. Injections also address any environmental concern that comes with spraying insecticides. Injected chemicals can also hardly find their way to groundwater supplies.

Fertilization and watering: These practices maintain health and vitality of trees which indirectly helps fight insect infections. addition of nutrients strengthens the tree defense system. A strong tree can fight the impact of leaf-chewing insects. 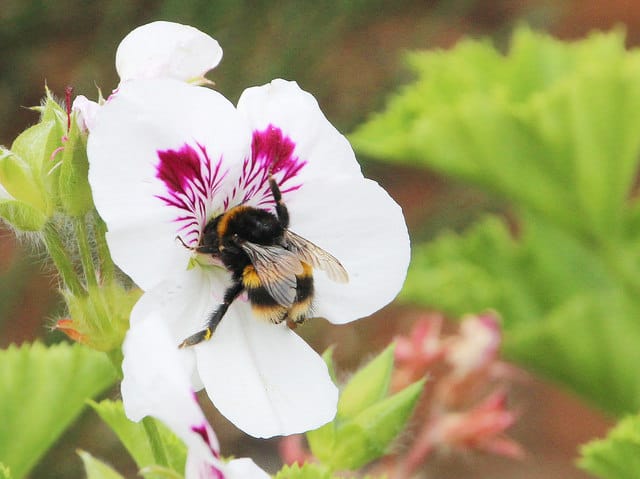 These are species that are not native to a particular ecosystem and also have the potential to harm the environment, harm human health, and the economy. They are able to survive, reproduce and spread, unaided, and sometimes at alarming rates across landscapes.

Invasive species are fast spreading and may harm a particular habitat, region, forested areas or wilderness area by dominating. This leads to the loss of natural controls such as predators and herbivores. Invasive species can either be plants or animals.

Invasive species should be confined within their natural geographical areas. Botanists, farmers, land managers and researchers sometimes use the title invasive species for noxious weeds such as Andean pampas grass, kudzu vine, and Yellow star thistle.

A large number of these species are introduced through human activity. This means that not every tree you may plant or encourage to grow is beneficial to your landscape.

Invasive species possess tarts or combination of traits that enable them to out-compete indigenous species. Some of these traits include fast growth, fast reproduction, and fast dispersal rates. These species are able to tolerate a wide range of environmental conditions and can also alter their growth form to suit current conditions.

To establish itself, an invasive species must outcompete native species for water, nutrients, physical space or food.

Tree of heaven:  its scientific name is Ailanthus altissima and was introduced to North America by a gardener in the 18th century. The ability of the tree to grow rapidly even under adverse conditions enabled it to spread quickly over vast distances.

The tree also produces toxic chemicals through its bark which kill neighboring tree hence eliminating competition for resources. Tree of heaven grows to a height of about 100 ft and has a fern-like compound leaf that maybe 2-4 ft in length.

Royal paulownia:  The scientific name Paulownia tomentosa and was introduced to North America for ornamental reasons from China in the 19th century. The tree has rounded crown, heavy and clumsy branches and can grow to a height of about 50 ft.

Recently, the tree is being produced for its wood product which fetch high market prices. The tree grows aggressively in disturbed environments including stream banks, rocky slope surfaces and forested. In its process of growth, it displaces the species indigenous to those areas.

White pollar:  The scientific name is Populus alba and was also introduced from Asian countries in the 18th century. Originally intended for ornamental purposes, the tree has escaped and spread widely from initial planting areas. The tree is able to outcompete native species due to its ability to grow in a variety of soils even in sunny areas. White pollar produces huge seed crops and is able to re-sprout fast in response to a damage.

This tree is also referred to as popcorn tree because of its beautiful bone white seeds that contrast nicely to its fall color. Its scientific name is Triadica sepifera and was introduced to North America on purpose for seed oil production and for ornamental purposes.

Tallow tree is a fast grower and it takes this advantage to terrorize prairies and grasslands to the detriment of native species. The tree has broad pyramid shaped crown and can grow to a height of about 50 ft. The plant is poisonous but not to touch.

Invasive trees can be harvested and used as source of bioenergy. Other invasive species such as the Royal paulownia produce quality wood that have compete prices in the market.

The keen eye of an arborist is required to monitor a landscape to prevent it from turning from an asset to a liability. There are numerous insects that affect the health of trees causing adverse effects to a landscape. Tree health is very important and if left unchecked it can cause mortality of forests.

These signs vary from tree to tree depending on the level of infestation and the Size and age of the tree. A landscape caretaker should also be able to differentiate between the effects of insect infestation disease and drought. Symptoms of infestation first manifest themselves on the leaves and twigs of trees. Signs on leaves can range from discoloration, stunted sizes, borer holes, sudden thinning of foliage to death. In branches and trunks, one should check for reduced growth rate compared to previous years. The holes on stems and lifting roots are other symptoms.

Insects and pests are classified by the damage they cause and the part of the tree they prefer. Some insects suck juices from leaves some bore through tree trunks and others eat the leaves. The insects that feed on the leaves are known as defoliators while those that draw sap from leaves and trunks can be referred to as sapsuckers. Defoliators affect the rate at which trees make sugars they need to grow and survive. Deciduous trees can survive for several seasons without leaves while evergreen trees can be killed by absence of leaves for long durations. One example of defoliator is the gypsy moth. The sapsuckers draw juices from shoots leaves and twigs often causing crinkled appearance and stunting of growth. Sapsuckers can kill a tree in heavy infestations. By boring on the bars back borers disrupt the transportation system of a plant. Water and nutrients do not get to their designated destinations. It is important to note that bar borers can carry diseases which they often transmit.

Aphids- These feed on the leaves of trees and can cause huge damage when large populations invade a landscape. They also exude a sticky substance which causes the growth of sooty mold fungus. Aphids also inject toxins which cause disease and distortion of growth.

Asian longhorn beetle- These are bar borers which cause weakening of trees and can eventually cause the trees to fall apart. They often lay eggs in openings on tree bars.

Landscape caretakers should take photos of trees they deem infested and contact arborists for treatment before the spread becomes rampant. Samples of the insects should also be taken and preserved in containers for easy identification in the future.

Diseases are a common problem in a landscape. Most of the diseases are caused by tiny organisms that cannot be seen with the naked eye. However, the diseases become obvious once the symptoms take hold. Diseases can affect localized portion of a tree or the entre tree. Needle cast defoliation, leaf blotch and chlorosis or yellowing of leaves are some of the most prominent symptoms. Tree pathologists are the people involved with the study of forest and landscape diseases. Tree diseases are classified by their cause after studying the signs and symptoms that are manifest. Most of the common tree diseases are caused by fungus and hence are classified as fungal diseases. Fungal diseases are then classified by the type of infection they cause and the part of the tree affected.

Phytophthora Root & Crown Rot: It is characterized by a combination of symptoms which range from general unhealthy appearance, discoloration or loss of foliage and crown dieback. Young trees are especially susceptible due to their underdeveloped root systems. This disease is common in most and warm soils hence maintaining good drainage is essential in the prevention of this disease.

Anthracnose: This is a group of diseases that are mostly identified by their most common symptom. Blotches or irregular dead areas is the most prominent symptom which deprives the tree of its ability to make sugars necessary for growth.

Oak Wilt: This s a disease specific to oak trees and is spread by insects or when roots of infected trees meet and form a connection. This disease can be reliably identified by its ability to cause leaf drops and presence of leaves with partially green and brown patches.

Before a corrective action is taken the cause of the problem must first be established. This ensures the treatment of the disease rather than its symptoms. Diagnosis from an experienced arborist proves critical at this point.