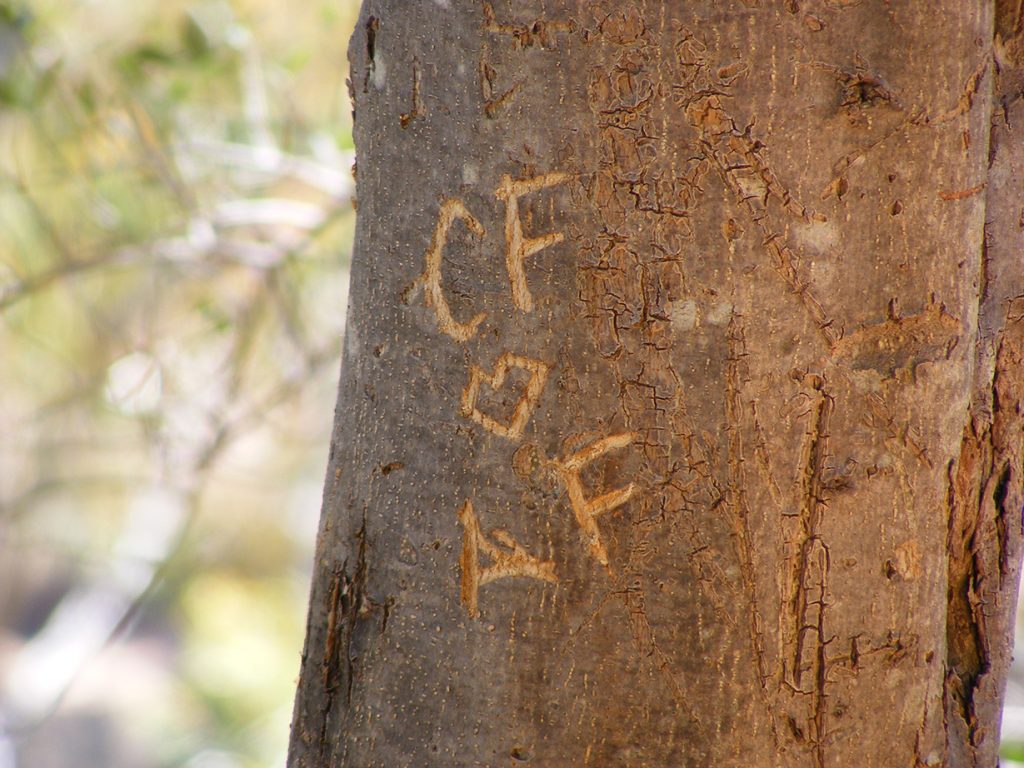 That Permanent Marker You Have in Your Hand Isn’t Cool: How Vandalism Affects Trees in Burnaby

If a tree is completely stripped of its bark, can it still survive?

It doesn’t matter what you use to vandalize a tree, it will still hurt it. So stop using all of those sharpies and pocket knives to express your melodrama in a seemingly permanent way. If you really want something long-lasting go get a tattoo. It would basically be the same thing because not only are you etching something permanent on a living organism that can’t defend itself from you, you are also inevitably causing it biological harm.

Under the bark of a tree, there are many sensitive layers of tissue. These tissues should always be protected from being wounded because any openings allow pathogens to enter the tree, thus resulting in imminent harm of the tree. If the conductive tissues are wounded, it may affect other aspects of the tree’s survival as well. Wounds in this area could result in water not being properly distributed or mandatory elements absorbed during photosynthesis from reaching the roots.

To answer the question stated previously above, a tree is likely able to survive only a handful of months before dying. The death isn’t fast either, it’s relatively slow. It would no longer be able to successfully transport its proper nutrients or the products of photosynthesis down to its roots. Aesthetic Tree and Hedge Services suggests investing in trees cages to deter vandals. However, nothing is 100%.

The Extent of Graffiti

It has now become a common theme for graffiti taggers to leave their marks on trees. In order to solely focus on how it affects the trees, all of the other contexts have to be removed. Trees don’t care about politics or art, their main function is to survive. The purpose of trees in urban cities is to reduce air pollution. Trees also absorb rainwater. However, it takes decades for the trees to reach the maturity level in order to do this. Not only that but depending on how the climate change of the city is that alone could affect the tree as well. Cities like Burnaby rely on trees for their organic functions. Luckily sometimes the graffiti is able to be removed by just using a wire brush and soap; however, that does not apply to every instance of graffiti on trees.

It’s not only old trees that are being targeted for these attacks either. Younger ones are being poisoned by the materials used for graffiti. Many trees in areas all around the world have been targeted and killed just because someone thought it would be fun. There is an average of 10% of young trees being targeted for graffiti strikes. It also isn’t uncommon for other trees to be targeted for other acts of abuse like theft, removal of the trees themselves in certain cases, to branches being broken and trunks being shattered. As previously stated in this article, tree cages do deter some of these vandals, however, it does not always succeed. Aesthetic Tree and Hedge Services wants you to make sure that your trees are not only healthy but also safe. Let’s keep them safe.